The research of the group is essentially devoted to employ nanostructured materials and nanotechnologies in the fabrication of laboratory prototypes for energy harvesting and storage devices, also in flexible, wire-shaped or floating architectures for advanced and innovative applications. The principal subjects under study are: dye sensitized solar cells, supercapacitors, hybrid devices for harvesting and storage, microbial fuel cells.

Microbial fuel cells (MFCs) directly convert the chemical energy embedded in organic matter into electricity by exploiting the great potential of exoelectrogenic bacteria. Our research activity focuses on the optimization of efficient anodes to support the growth and proliferation of active biofilms, favouring optimal charge transfer at the interface between the biocatalyst and the anode itself. Oxygen is preferentially used as the final electron acceptor at the cathode and the design of green and sustainable catalysts for the Oxygen Reduction Reaction (ORR) is another key goal of our activity.

Even if MFCs can be accounted among the technologies available to harvest environmental energy, they are bioreactors, in which a complex set of chemical, biochemical and electrochemical reactions have to occur to allow energy conversion. Multiphysics modelling is a potent tool to drive the design of the reactors and we couple it to 3D printing technology for fast fabrication of prototypes.

Our aim is to investigate portable systems that can be directly used in real environments, especially to power sensors. For this goal we are especially investigating the use of biofilms at the anode obtained from environmental inoculum. 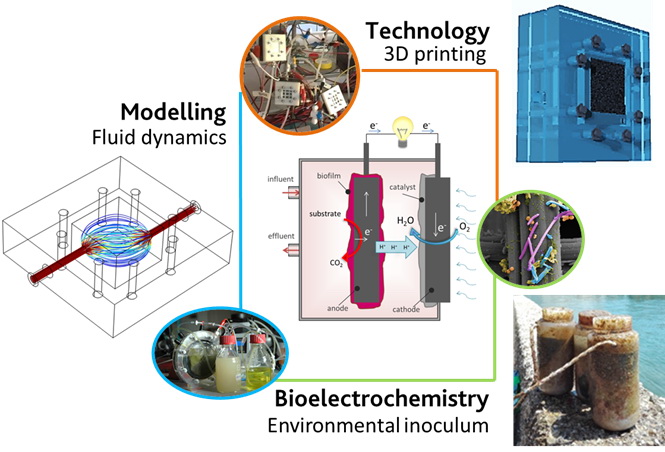 The standard DSSC fabrication procedure, based on sintered nanostructured TiO2 electrodes deposited by screen printing or tape casting on FTO/glass substrates, is available. Moreover, a novel microfluidic architecture has been specifically designed for the fabrication of small laboratory test-cells with a high degree of reproducibility and good capability of assembly and disassembly.

Fig.1 – DSSC prototypes in microfluidic and standard architecture and comparison of PV performance

Atomistic calculations are performed for a successful modelling of the surfaces and interfaces within the cell and a deeper comprehension of the light harvesting and charge transfer mechanisms. 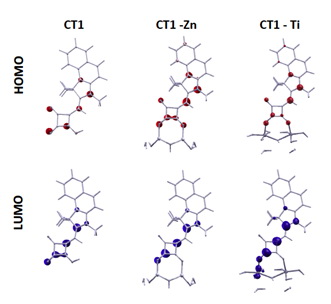 Flexible and semitransparent DSSCs have been obtained by means of an innovative combination of electrodes –with vertically aligned TiO2 nanotubes grown onto bendable titanium mesh- and photocurable polymer electrolyte membrane.

Floating and flexible photovoltaic devices are fabricated employing light-cured polymer-based DSSC s with a super-hydrophobic architecture on the external side, obtaining conversion efficiencies up to 5% and stable performance upon long-term aging tests. 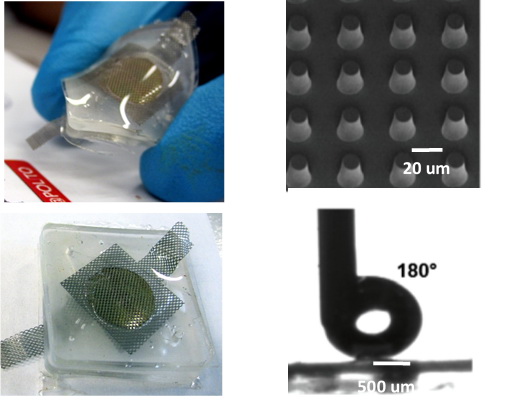 With the aim to increase the SC energy density without losing the high power density and to reduce the manufacturing cost, while keeping a good operation window, different kinds of nanostructured carbon-based electrodes are under study. The principally employed active materials are graphite powder and carbon black, glassy carbon, carbon nanotubes and, in particular, innovative 3D-graphene networks, such as graphene-based aerogels and Laser-Induced Graphene (LIG).

Moreover, depending on the desired application, different electrolyte materials, from aqueous to polymeric to ionic-liquid based and different substrates, from rigid to flexible to fiber-shaped are employed. 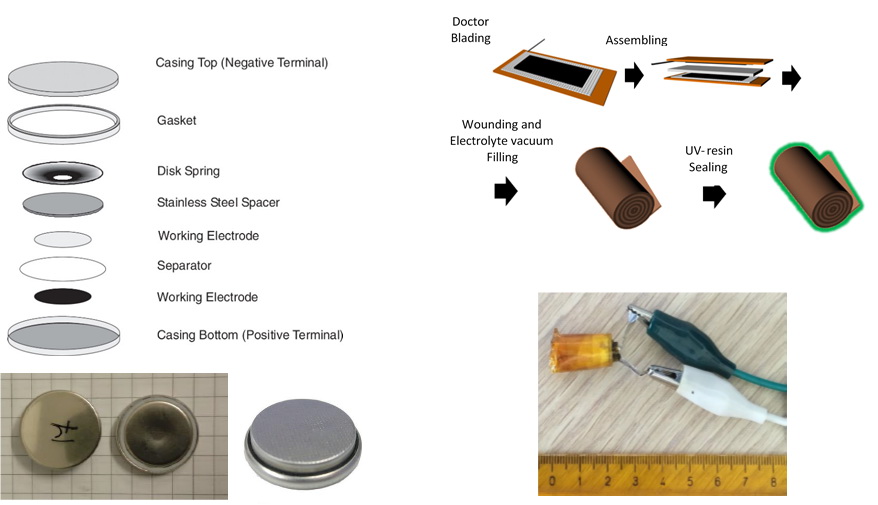 Laboratory prototypes are fabricated both in standard planar (irreversibly sealed with thermoplastic polymer) microfluidic (for a reversible sealing) housing systems as well as in coin cell architectures or in wounded configuration.

Flexible and highly stretchable nanostructured electrodes have been fabricated with a cost effective and scalable process by transferring Laser Induced Graphene (LIG) obtained on polyimide onto PDMS. Symmetric supercapacitors with good electrochemical storage performance, well maintained under mechanical bending and stretching, have been obtained employing a gel electrolyte based on PVP-1M NaCl. 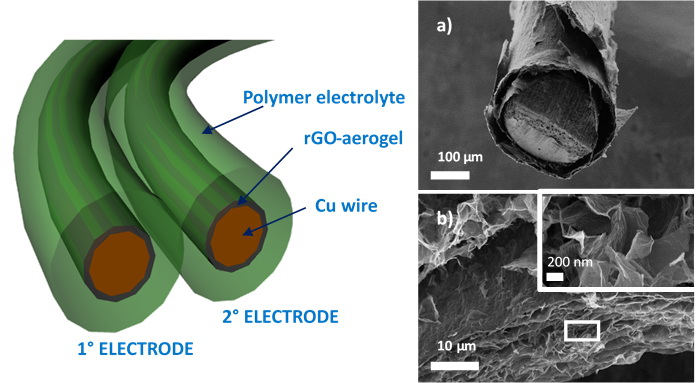 Fig. 3 – Wire-shapes EDLC supercapacitor, a) and b) FESEM images at different magnification of the Cu/rGO-aerogel interface

Micro supercapacitors exploiting the MEMS technology to embed a Graphene based material are studied following all the steps from the design, through the fabrication, to the final electrochemical tests. Interdigitated electrode patterns are designed for the increase of the exposed surface area in order to maximize the ionic interaction with the surface of the active material. The fabrication of the devices is conducted through the use of conventional semiconductor fabrication processes in a clean room environment. Besides more traditional Si based devices, polymer microsupercapacitors take advantages from replication techniques that are able to lower the costs of the single device and to exploit the flexibility of the substrate.

Fig. 4 – Flexible Micro-supercapacitors: (a) the interdigitated architecture in PDMS with graphene-based active material and graphite collectors, (b) the device dimensions, (c) the measurement in the characterization set-up

Flexible and portable devices for energy harvesting and storage are fabricated by coupling DSSC and electrical double layer supercapacitors (EDLCs). Metal grids are employed for current collectors, and a methacrylate based quasi-solid polymer activated by soaking in two different liquids is used as electrolyte/separator. The device performance is tested under different illumination and bending conditions. An overall energy efficiency (conversion + storage) of 1.02% under STC (100 mW cm-1 and AM1.5G spectrum) has been demonstrated.